Home About Us Our Leadership Team 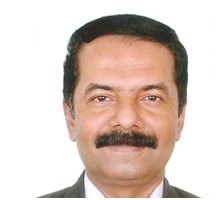 He was working as Chief Traffic Planning Manager (CTPM), South Central Railways, Secunderabad prior to joining the current assignment.

After joining IRTS in 1990, he has held various important assignments in Operations, Commercial and Safety Departments on Southern Railways. He has also worked as Director (Planning) Railway Board, Senior General Manager, Container Corporation of India (CONCOR) and General Manager and CVO, Centre for Railway information Systems(CRIS) at New Delhi.

Received the prestigious “Railway Minister’s award” for exemplary service in 2011 while working as Director Planning in Railway Board and has also received General Manager’s award for performance excellence in 2002 and 2004 while working in Palakkad Division as Sr. Division Commercial and Operations Manager . He is also a recipient of the prestigious British Govt.’s Chevening Scholarship for pursuing MS in Transport, at Imperial College, London, UK. 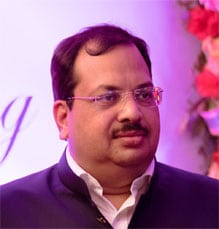 Mr. Sharad Agarwal, is currently the Chief Executive Officer of Hindustan Latex Family Planning Promotion Trust (India), with a keen focus on Reproductive health, Maternal and child health, Social Marketing, Social Franchising, Public Private Partnerships, Financial and Marketing management. A cost accountant from the prestigious ICAI and a law graduate; his skills and experience have been honed through a career spanning over two decades in responsible roles in esteemed corporate and social sectors organizations. His dynamic leadership has proved pivotal to the success of vital family health and welfare programs focused on bettering public health for the underprivileged populations.

He has led the formulation and implementation of various crucial projects providing MCH services in addition to STI/RTI services. Notable innovations for social marketing initiated under his direction include, the concept of Rural Health Kiosks, Public Private Partnership (PPP) mode of collaboration with the Public Distribution system, and the concept of Village Cooperatives, amongst others which exemplify his unique leadership and vision for HLFPPT. His focus on not just innovating but in fact sustaining organizational endeavors is aimed at HLFPPT touching lives with quality care and compassion in the effort to emerge as a globally credible organisation. 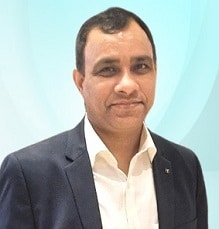 Mr. S.K.Bansal is a qualified Chartered Accountant with an experience of more than 20 years. He has worked with national and international corporates organizations. With vast knowledge in business and project management finance, he has expertise in Internal Controls , Statutory Laws like Income Tax Act, Companies Act, GST etc. He has independently conducted Internal, Statutory & Tax audits for various companies, and multinationals. He has been associated with HLFPPT since 2020 and is currently National Lead – Finance.” 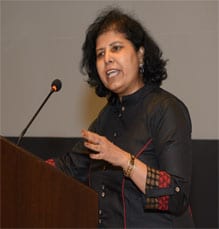 An Master of Social Work and Journalism professionally (Gold Medallist from BHU )   & M.Sc. as academic, completed PHD in Geriatric mental Health from Lucknow University, Lucknow. She started her career as a program coordinator in Reproductive & Child Health / Family Planning project  as a grass root worker. She is having around 20 years of progressive work experience in managing and implementing the Public Health Programmes (especially HIV/AIDS prevention and control Programs, sexual and reproductive Health, young and adolescent Health).

She has also done Post Graduation in Botany (Bio group) prior to above degree, so that she is efficiently using scientific temper in handling the situation. She is having long experience of working with Government as well as voluntary organizations. Before joining HLFPPT,  She had worked in the capacity of Joint Director of IEC in Uttar Pradesh State AIDS Control Society. Further, she was handling an additional charge of Joint Director- Targeted Interventions (TI) and Link Worker Scheme (LWS) in Uttar Pradesh State AIDS Control Society, Lucknow, U.P.  She is having expertise in managing all aspects of projects communication including, conceptualization, development, writing, editing, design, production and dissemination.

As a Team Leader of HIV/AIDs division, at present she is managing 09 states through 06 TSUs providing technical assistance in specific areas to the State AIDS Control Society (SACS) to achieve the NACP goals and objectives.  She is also managing Vihaan in 03 states Punjab, Rajasthan and Madhya Pradesh and PPTCT in Bihar and Chhattisgarh. 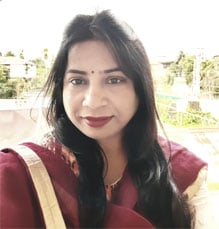 Ms. Preeti Dwivedi with 20+ years having ac of extensive experience in Social Development Sectors have started her career with HLL Lifecare Limited in 1998 with its first Social Marketing Programme in Uttar Pradesh and continued her journey with HLFPPT under various innovative programmes of HLFPPT funded by Government of India, International, and National Donors, etc. She has completed her Post graduate in Social Science.

With her keen interest to serve the underserved community she is currently handling the flagship programme of HLFPPT. i.e. National Mobile Medical Unit (MMU) Project of Assam- A historic initiative of Government of Assam &  CSR Projects in various states of India. 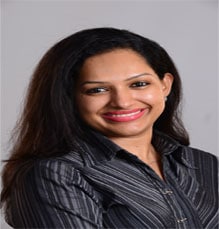 Ms. Deepthi Nair J holds the Master Degree in Finance and currently leading the National Team of the Skill development with the strength of 350 plus team members speeded over pan India.

She has an experience of over 15 years in multi-phases of the business environment. She has high levels of critical thinking and problem-solving capabilities that which enabled her to handle the administrative & liasoning activities with professional institutes, national bodies, and multinational donors.

Deepthi Nair J is responsible for decision making on future growth and development of skill vertical. She is a change maker with strong Vision, Strategic planning & Support Skills which makes her a Successful Leader. She is also the part of the core business development team of HLFPPT at numerous working arena of organization growth. Prior to her joining in HLFPPT, she has held various positions with reputed organizations.

At Present, She is leading the Skill Training & Development vertical of HLFPPT. She is responsible for providing strategic vision to the division ensuring that the team moves cohesively towards the continuous achievement.